What is an American Flyer Rectiformer and a Rectifier? 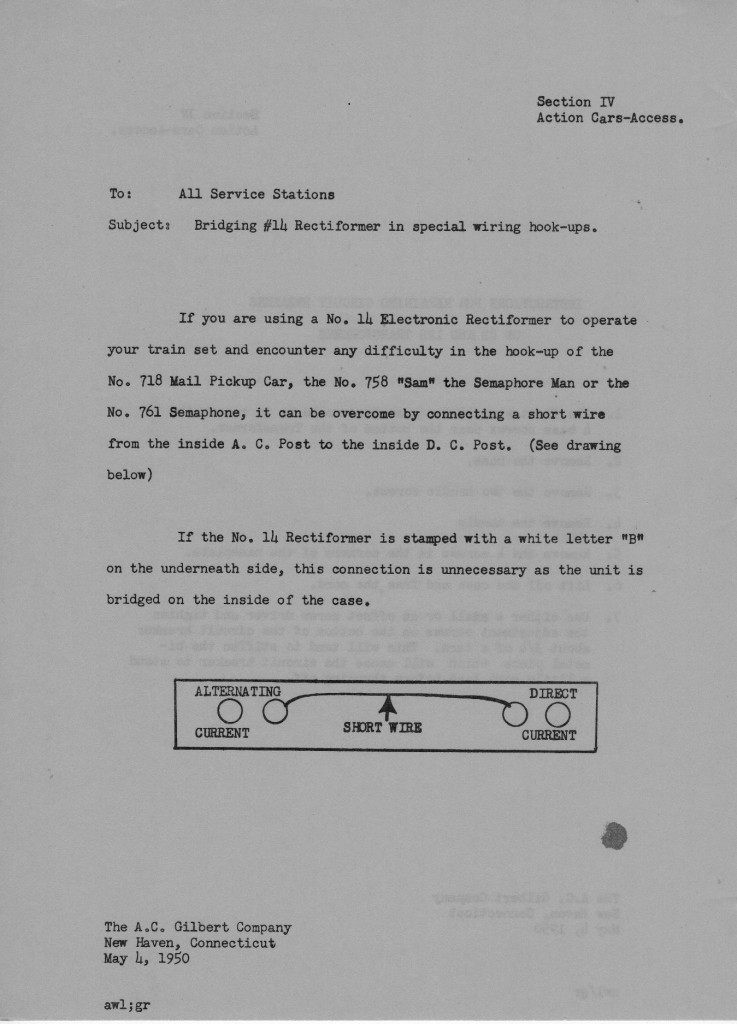 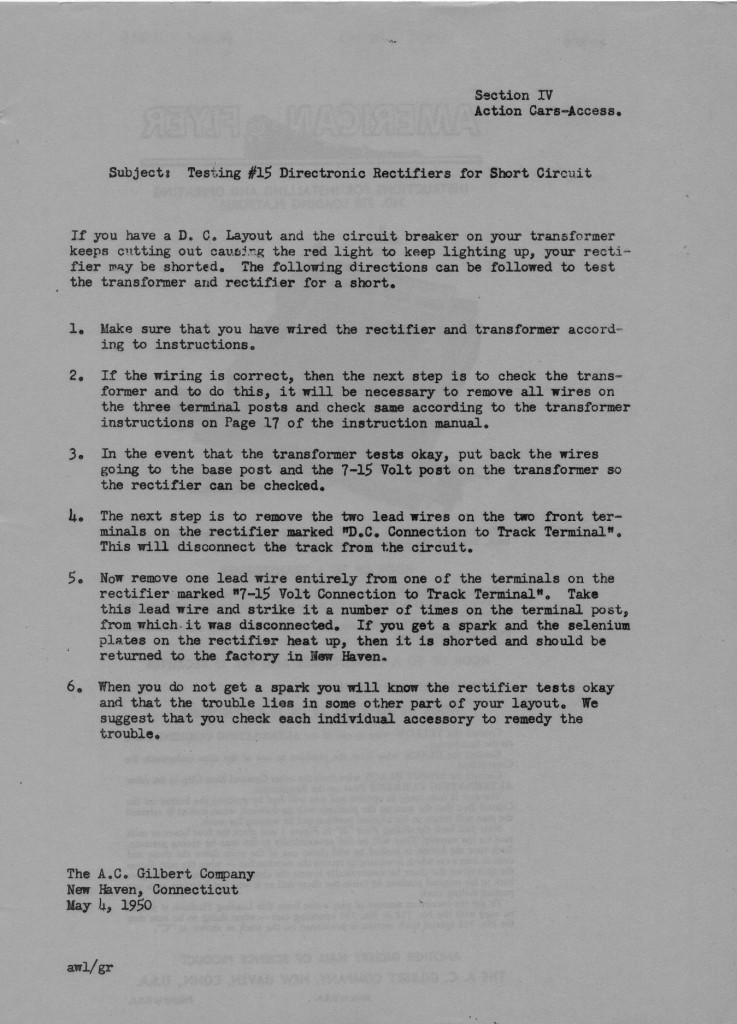 After World War II the technology and devices for converting AC to DC with enough power to operate the motors in locomotives became available. Introduced in 1947 with the Number 332 Union Pacific 4-8-4 Northern locomotive type and the 342 Nickel Plate Road 0-8-0 Switcher the DC motored locomotives were shown on the same tracks as AC powered locomotives with the ability to control them separately with “Directronic Propulsion”. Available again in 1948 and 1949 these locomotives had their catalog designations changed in 1950 although remaining powered with DC motors. The 332 became the 332DC and the 342 became the 342DC. A version of the 4-8-4 Union Pacific Northern with the electronic horn in the tender was cataloged as the 334DC as well. Many of the other locomotives became the xxxAC to provide differentiation from the DC versions – possibly in response to dealer and consumer complaints regarding the inability to easily distinguish an AC powered locomotive from a DC powered locomotive. The unsuspecting purchaser would arrive home and be unable to operate the recently acquired locomotive with the transformer. Less happy would be the new owner trying to operate the newly opened present on Christmas day and needing to wait until the stores opened again to relieve the disappointment.

These DC locomotives provided competition for the Lionel Electronic Set that enabled reversing, whistle activation, dump car activation and uncoupling anywhere on the layout by transmission of specific frequency signals on the track along with the power. It is not clear if the American Flyer introduced DC power stimulated the Lionel Electronic Set at this point, but they would have both been bragging rights for the sale of trains.

While the DC power had some advantages in the operation and control of locomotives, it caused a lot of extra wiring for the activation of remote controlled operating cars. The pushbuttons from the time period have extra wires and contacts to enable AC activation power to be delivered to the operating car simultaneously with the DC power for the locomotives. Some replay of the difficulties mentioned earlier of the pre war conflict between the DC locomotive direction control and the DC activated whistle in the baggage car. It would not have been possible to operate the Pennsylvania Railroad 314AW 4-6-2 Pacific at the same time as one of the DC locomotives or with one of the DC power units in general as the DC would have activated the whistle in the tender.