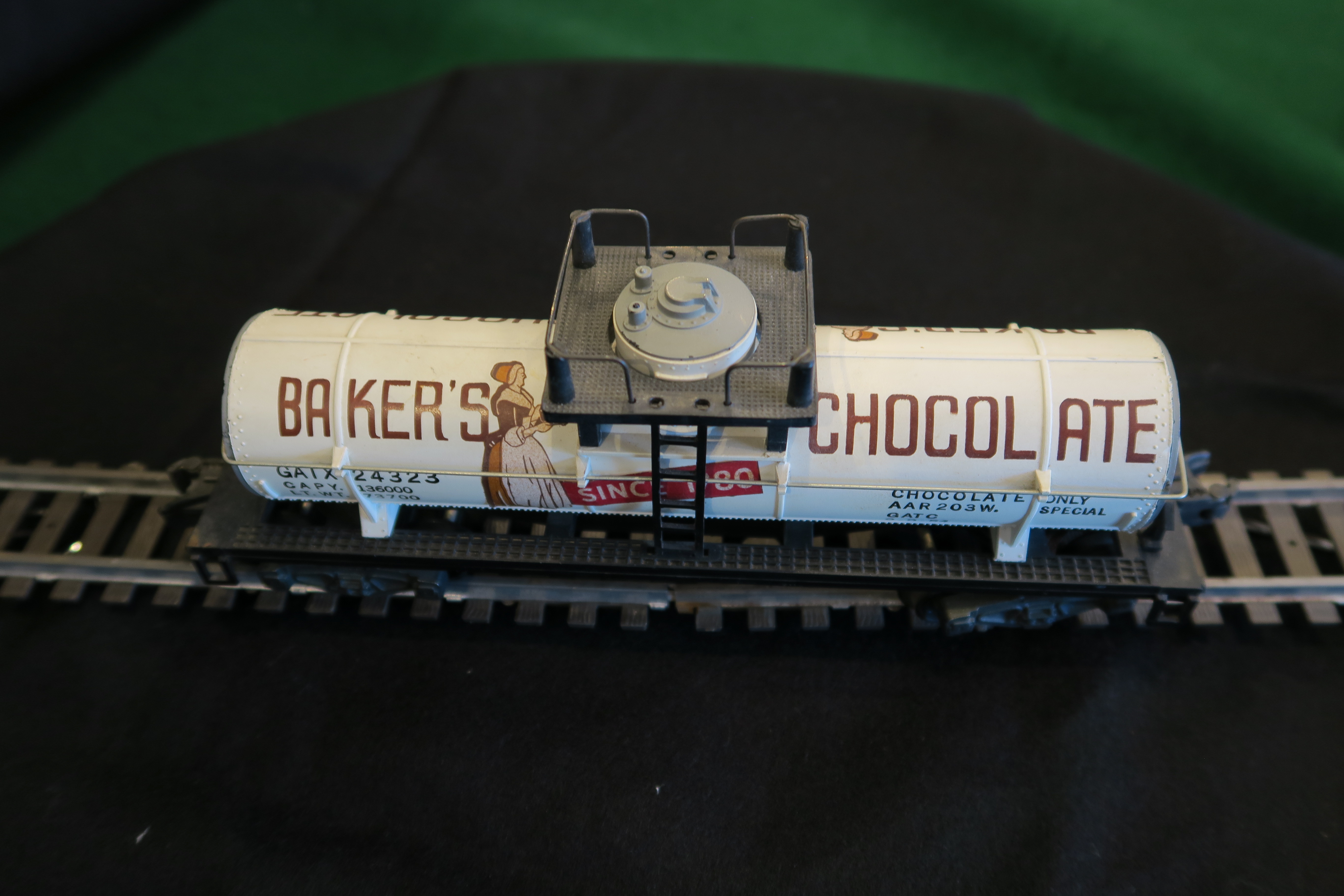 In all American Flyer produced about about 22 different types of Tank Cars of the years.   Almost all of them were chemical related and it appears that this may have been the only food product related tank car.  The American Flyer Tank Car 24323 has a knuckle coupler and was made of a White Plastic Tank, a Diecast Plastic Frame and had a single dome.