The Gilbert Train Engine 21004 was made in 1957 and was a switcher. The American Flyer Locomotive Switcher 0-6-0 would have had 0 leading, 6 driving, and 0 trailing wheels. There were 5 models of the Switcher 0-6-0 produced by Gilbert. The American Flyer 21004 Pennsylvania 0-6-0 Yard Switcher and Tender was an uncatalogued version from 1957. It came equipped with Pull-Mor traction tires on rear drivers, smoke and choo-choo in boiler, two-position reverse unit mounted on rear of motor, and disconnecting drawbar attached to the chassis. 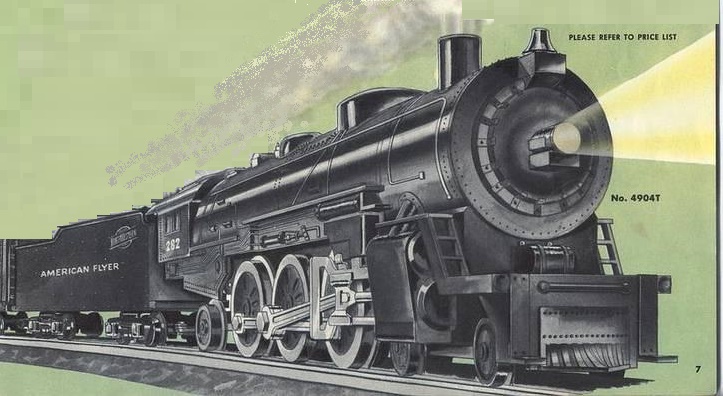 Perhaps the most interesting thing about the 21004 was that it was really the American Flyer Locomotive 263 built as a prototype but was not ever moved into production. The five digit numbering was the result of the switch to IBM mainframe technology and part numbering.