The Gilbert Train Engine 21005 was made for one year in 1958 and was a switcher. The American Flyer Locomotive Switcher 0-6-0 would have had 0 leading, 6 driving, and 0 trailing wheels. There were 5 models of the Switcher 0-6-0 produced by Gilbert. The American Flyer 21005 Pennsylvania 0-6-0 Yard Switcher and Tender was a catalogued version from 1958. It came equipped with Pull-Mor traction tires on rear drivers, smoke and choo-choo in boiler, two-position reverse unit mounted on rear of motor, and disconnecting drawbar attached to the chassis. 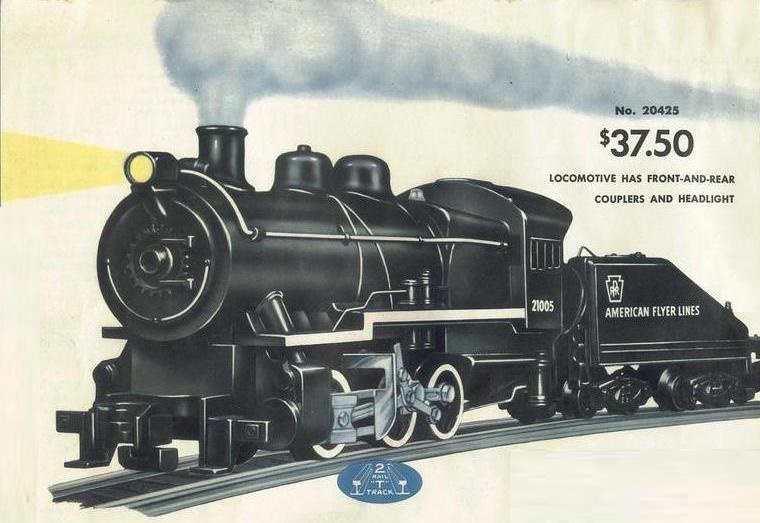 The Gilbert Train Engine 21005 came as part of the Keystone Rocket Freight set. The set included a rocket car that launches a rocket in the air.