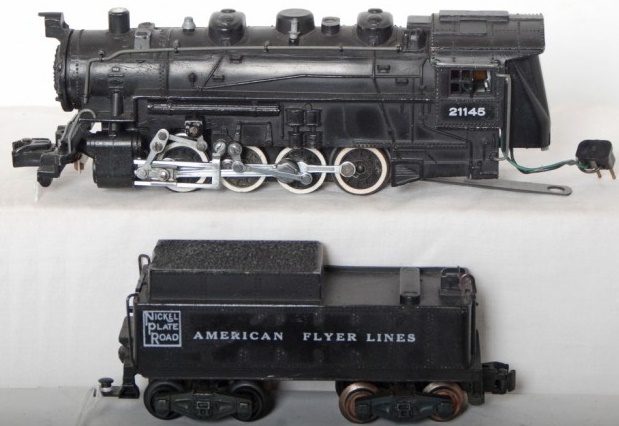 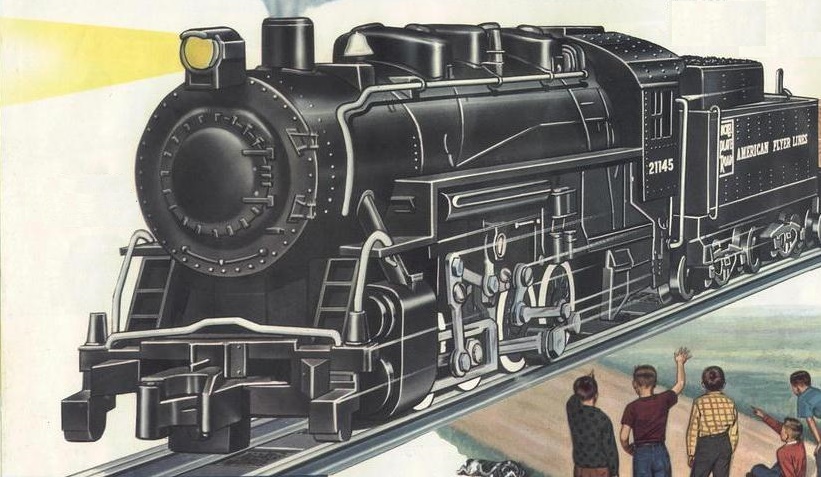 One major difference between the 21145 Switcher and other American Flyer Steam Engines is the addition of a coupler on the front of the engine. This enables linking multiple engines together for extra pulling power. It is recommend that the faster engine be placed first. The American Flyer Locomotive 21145 had red glowing smoke, choo-choo sound, steam Whistle and the pull-mor motor.