One of the most famous yard goats in the United States! Has 8 powerful drivers; wheel classification 0-8-0, Piston, side and connecting rods all have interesting eccentric arm triple action. Pilot coupler at locomotive front. Tender is Bunker type and has imitation coal pile. Includes hand rails, steps and rear back-up light. Loco and tender measure 14¾” long. 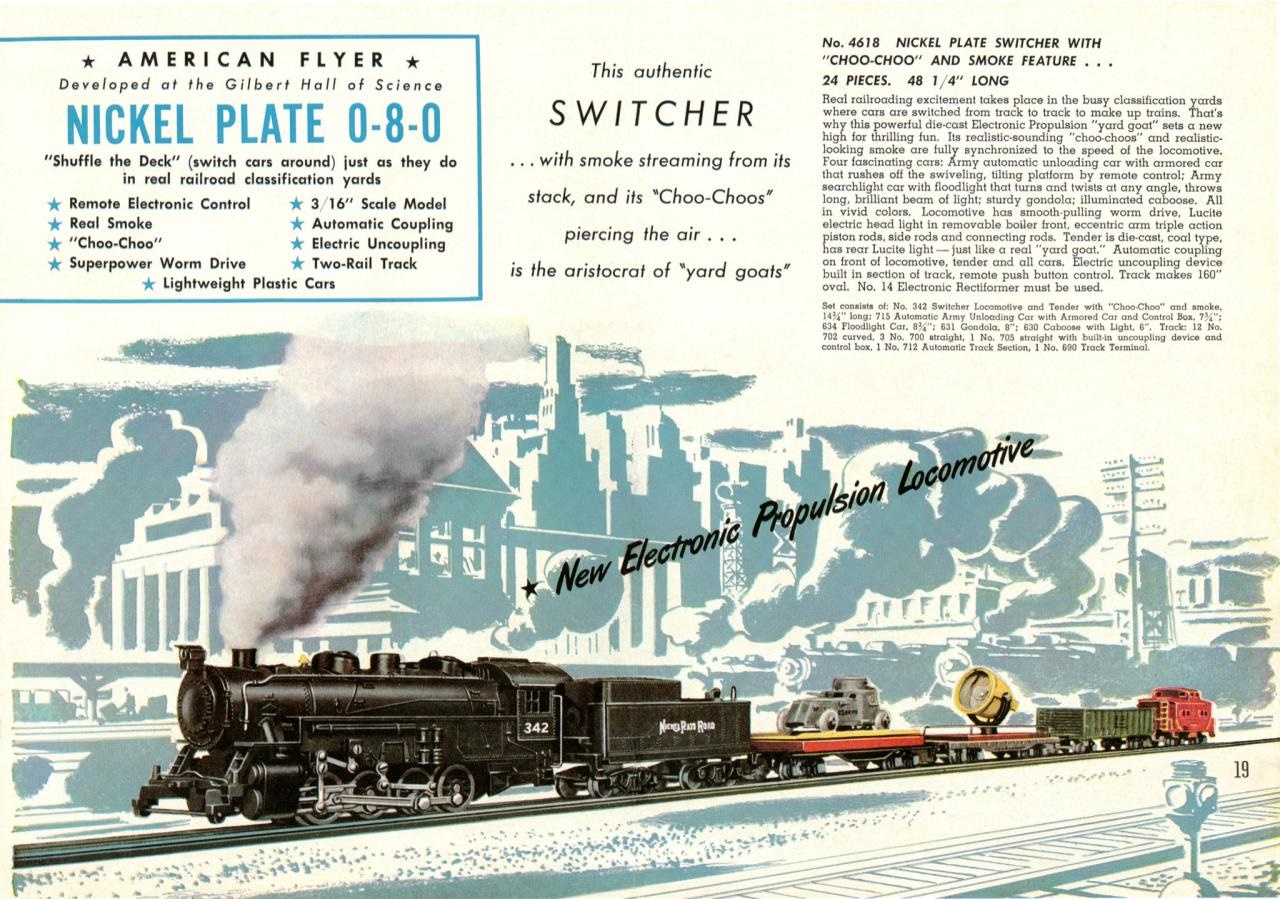