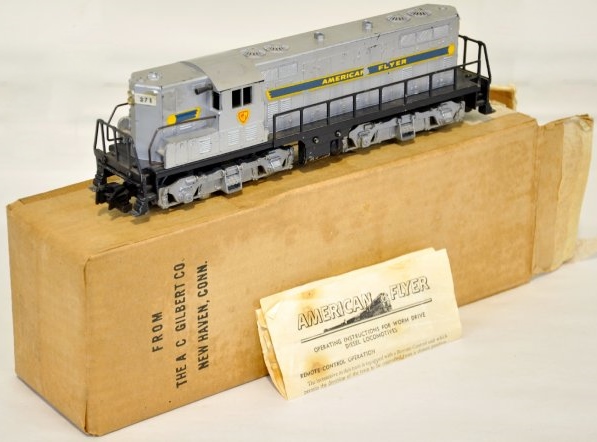 This rugged diesel work train is all set to troubleshoot a mainline accident or carry a track-laying gang out to that new spur line by tower 6. There’s a lot of fun in store for the lucky young railroader who gets this outfit.

American Flyer Made about eight other models of GP7 Diesel Engines.