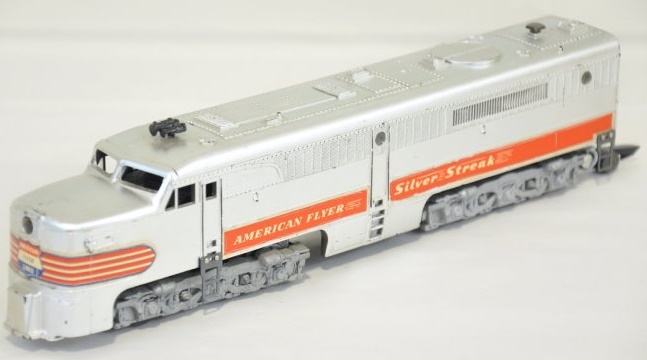 If you like the streamlined sleekness of Diesels (and who doesn’t) you’ll go for this new American Flyer “Silver Streak” beauty that can rocket your Pullmans along at a fast clip or handle the heaviest freight load like a champion. Single “A” unit is powered by a big-capacity worm-drive motor that provides realistic starting and stopping and has lots of climbing ability. Die-cast trucks, louvres, vents, grilles, etc., are all made to perfect 3/16″ scale. Has colorful “Silver Streak” markings. Measures 12¼″ long