This is the service bulletin furnished by the A. C. Gilbert Co. to authorized service stations to aid them in the service and repair of American Flyer equipment. Specifically, this bulletin is for the American Flyer Accessory 766 Animated Station Instructions.

Gilbert produced the Animated Station Accessory which loaded passengers onto a passenger coach when the car pulled up. The set included the Guilford Station Platform, an operating coach (735), control box, miniature people and some screws. The station should be connected to the American Flyer Transformer and a button used to signal the station when the operating coach is ready to load passengers.

The Guilford train station was based on the train station in Guilford, Connecticut. A train station still exists today as part of the Connecticut Commuter Rail line. Amtrak also goes by the station but does not stop. Guilford the down was originally named after Guildford, England. The town of Guilford is located in the County of New Haven, Connecticut which was where Gilbert produced the American Flyer trains.

Gilbert also produced the American Flyer Accessory K766 Animated Station with knuckle coupler. This was a variation whereby the type of coupler was different from the base model. 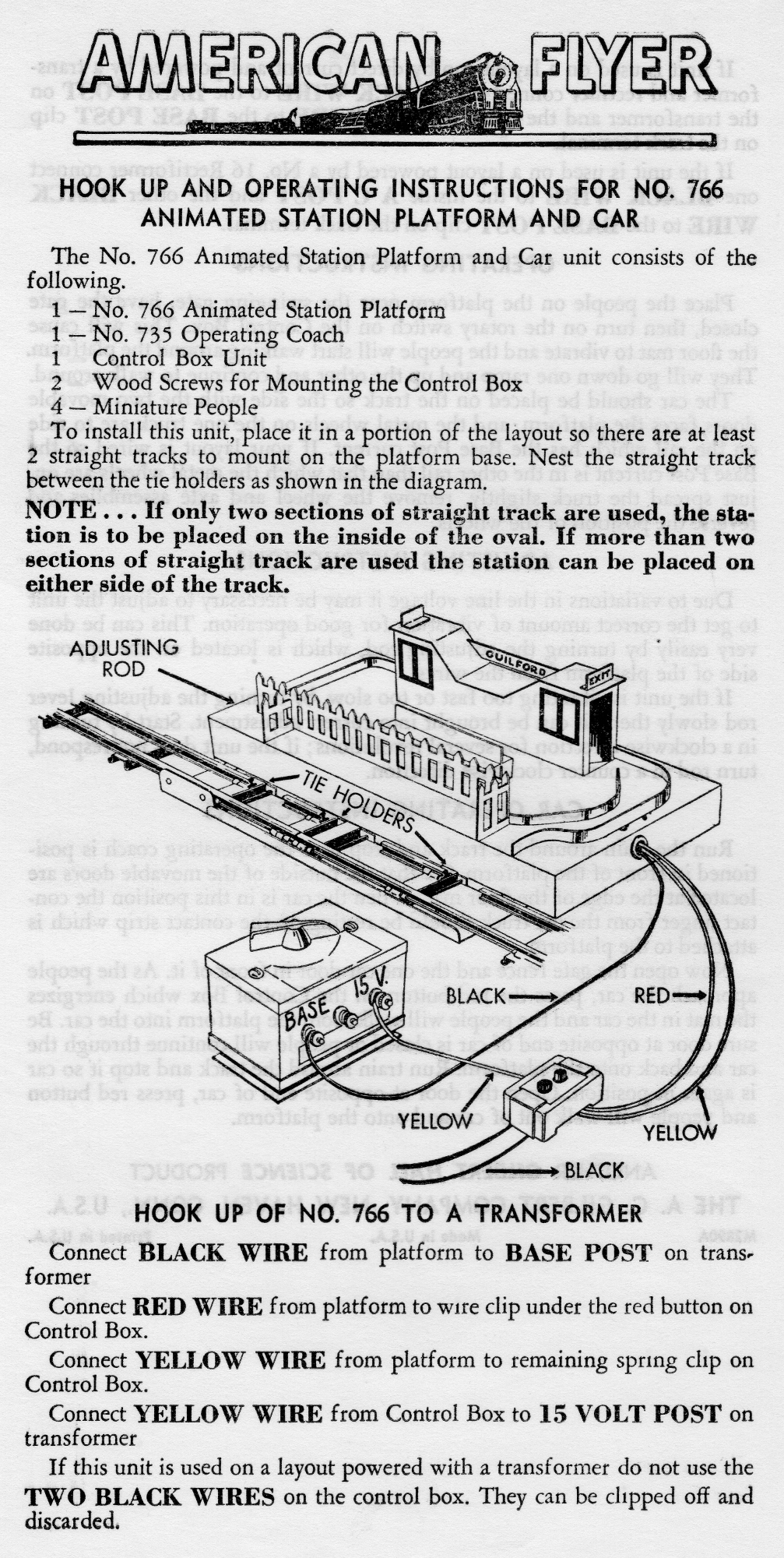 Hook Up and Operating Instructions for No. 766 Animated Station Platform & Car – Page 1 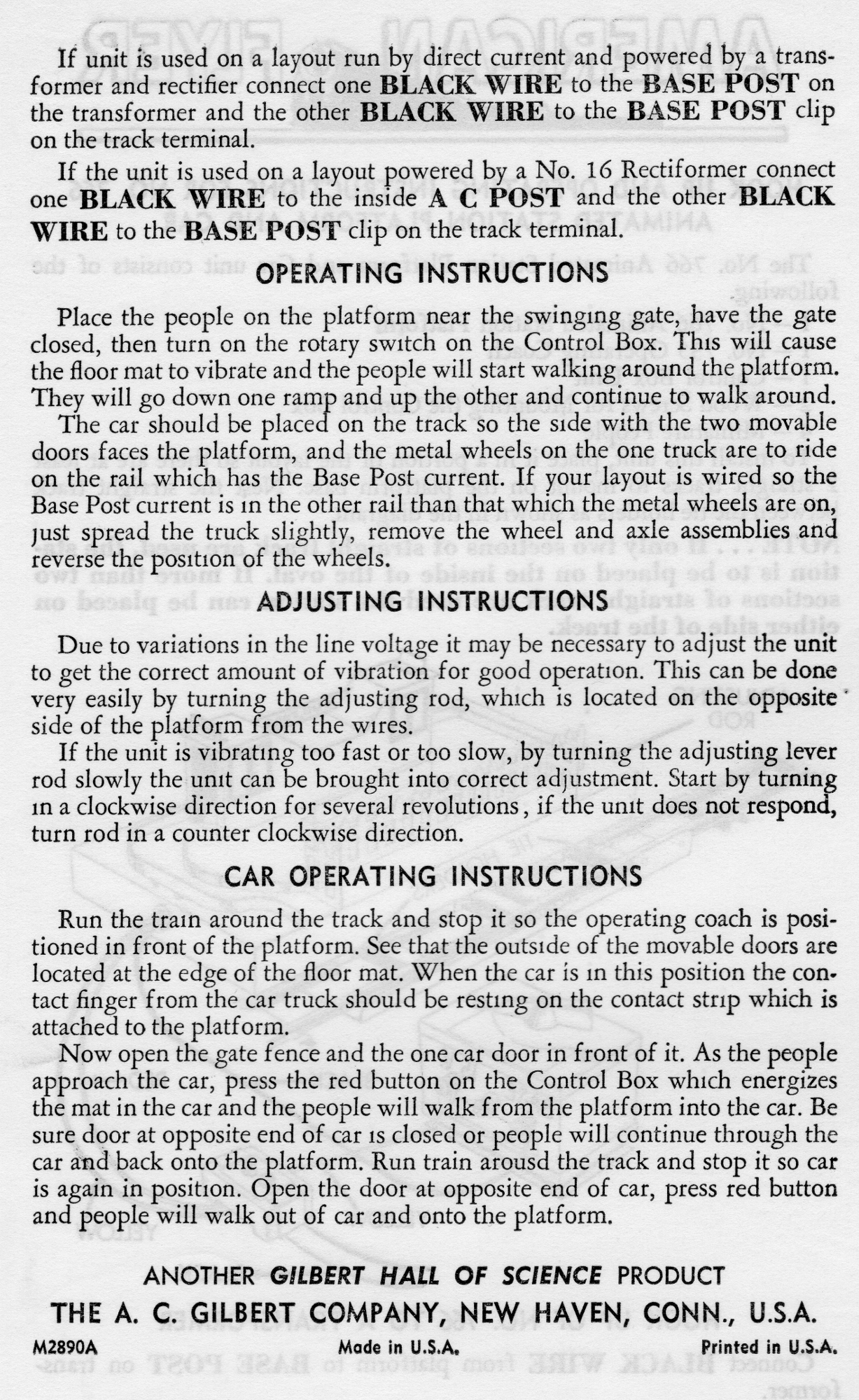 Hook Up and Operating Instructions for No. 766 Animated Station Platform & Car – Page 2