This is the service bulletin furnished by the A. C. Gilbert Co. to authorized service stations to aid them in the service and repair of American Flyer equipment. Specifically, this bulletin is for the American Flyer Automatic Blinker Signal 582 Wiring Manual. 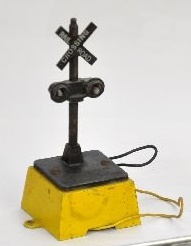 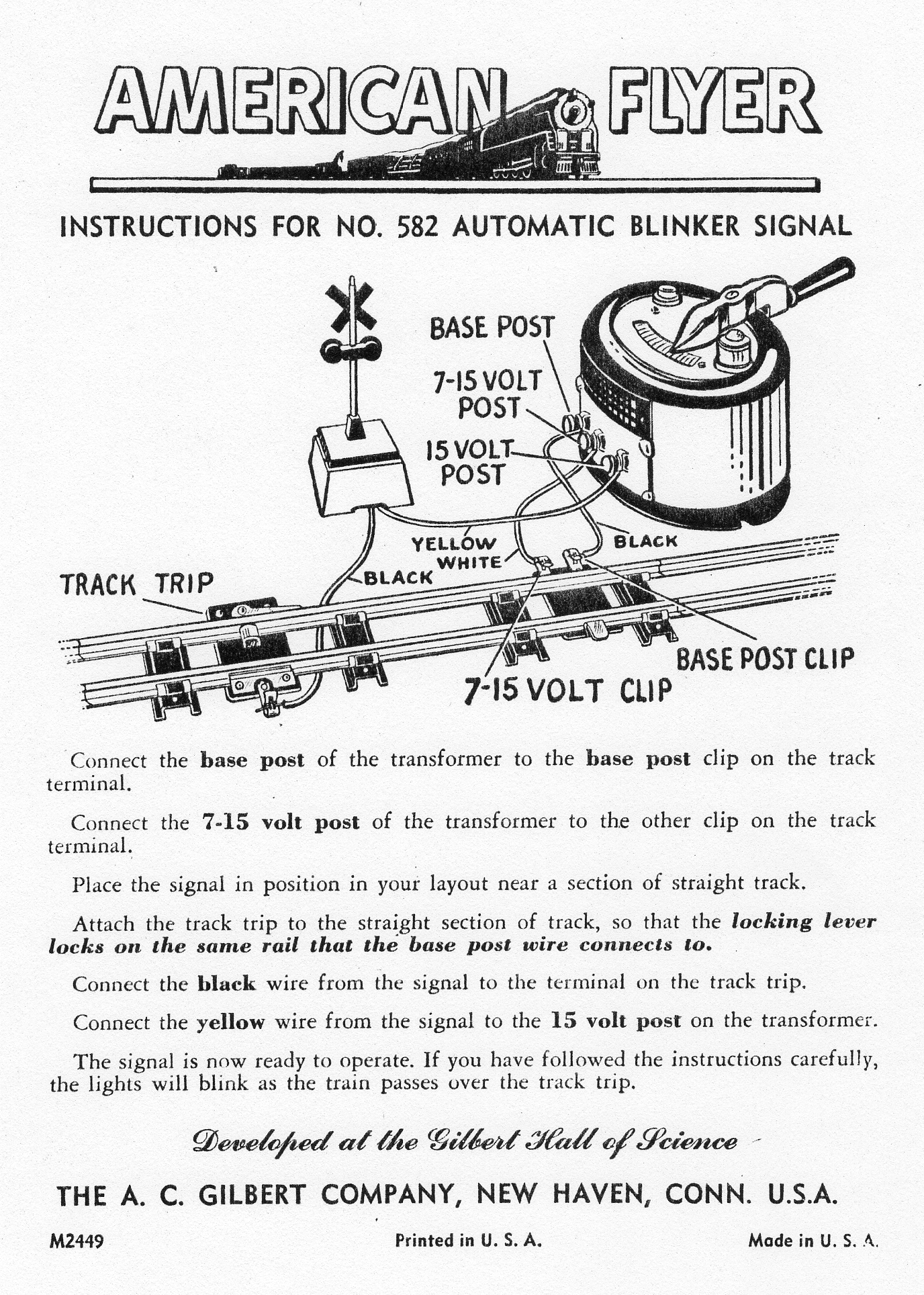 Instructions for No. 582 Automatic Blinker Signal