This billboard would have been one of the American Flyer Operating Accessories that added both visual interest and created a realistic train layout. There would have been several variations of the 561 Billboard Horn produced over time. The main differences would have been the color of the base (green or dark green) or the train on the billboard itself.

Gilbert made additional billboard horns. Some included advertisements for products of the day such as typewriters or Ringling Bros circus. The billboards connected to power from a transformer and included a push button operation that would sound a train whistle at the Operating Engineers command. Hopefully the whistle would warn cars and passengers that a locomotive was approaching. 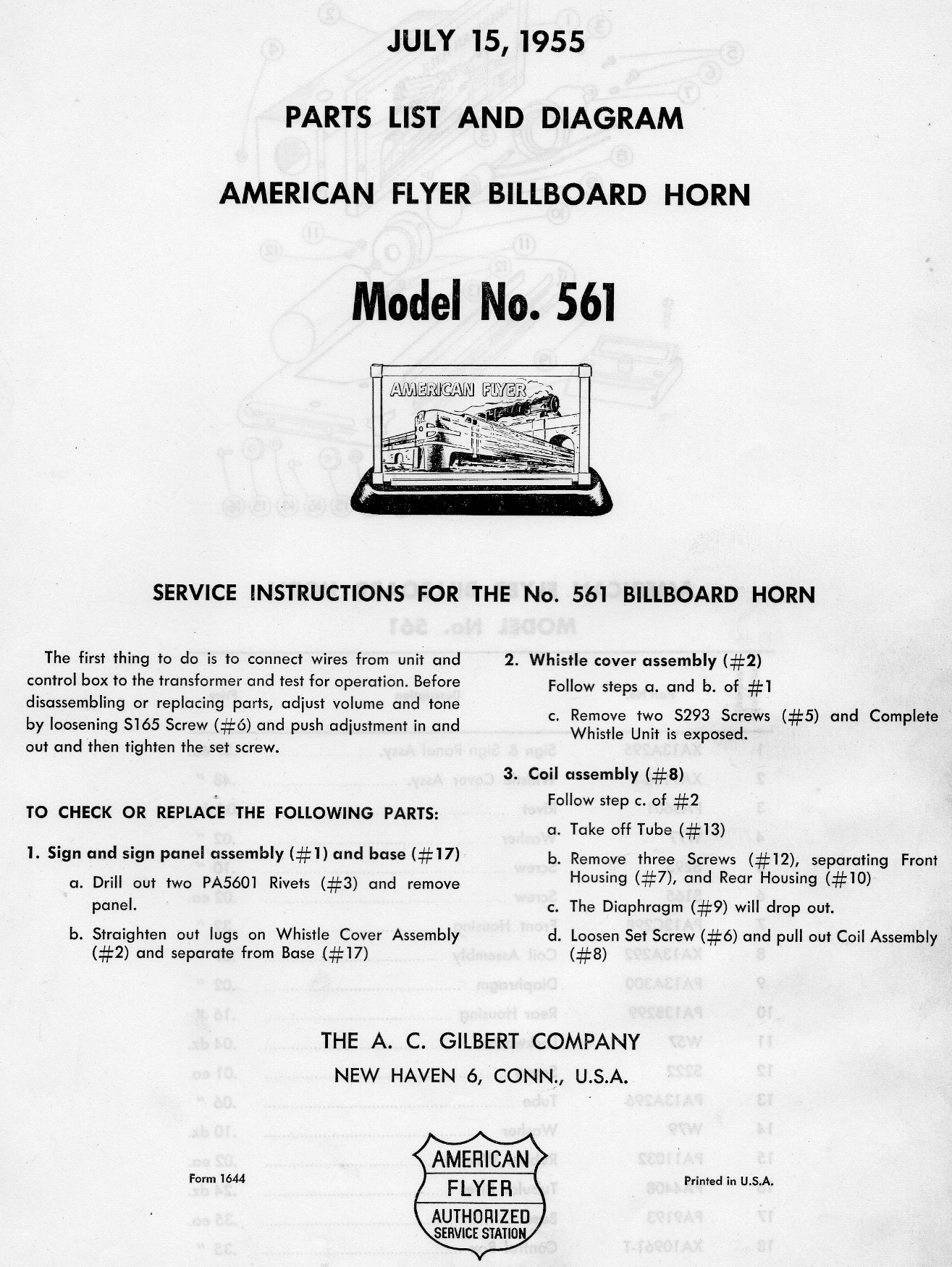