The American Flyer Locomotive 307 Atlantic 4-4-2 would have had 4 leading, 4 driving, and 2 trailing wheels. Gilbert produced 13 models of the Atlantic 4-4-2.

Modeled after a Reading Railroad prototype, the Gilbert American Flyer locomotive was produced before World War II as an O Gauge engine at 1:64 scale. The same design was used after the war but with S Gauge. The prototype had an extra large firebox due to the type of coal burned by the Reading Railroad (hello Monopoly fans). This large firebox on the model enabled the ability to fit the standard Gilbert worm drive motor into the rear of the boiler/cab shell.

The Reading railroad was one of the first railroads in the us and ran from Philadelphia along the Schuylkill River to Reading Pennsylvania. The railroad primarily transported coal and ran from the 1800’s until the 1970’s until it went into bankruptcy from highway competition and short haul coal operations.

The 307 Engine included a choo choo unit in the boiler with the four position reverse unit in the tender. 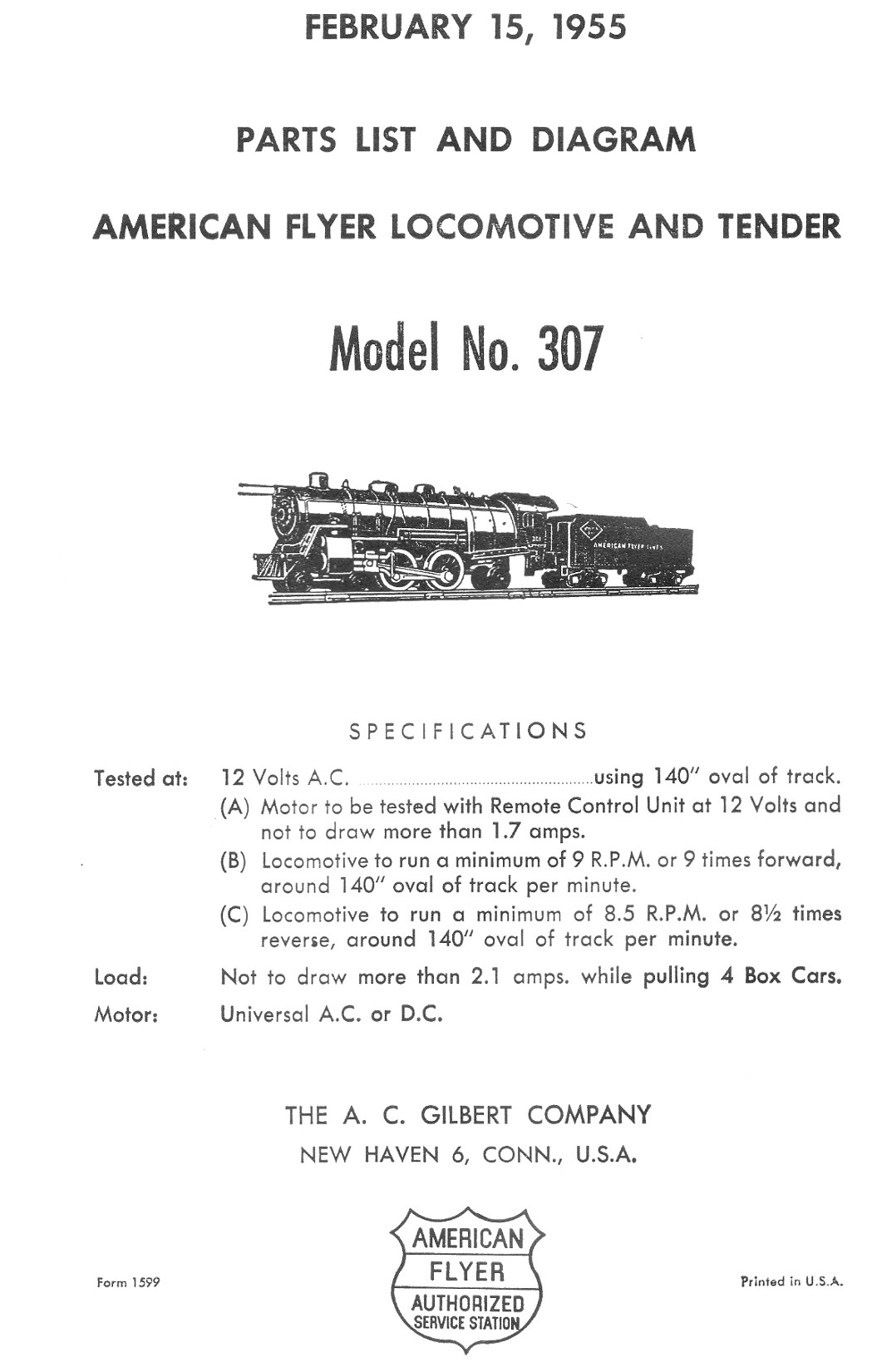 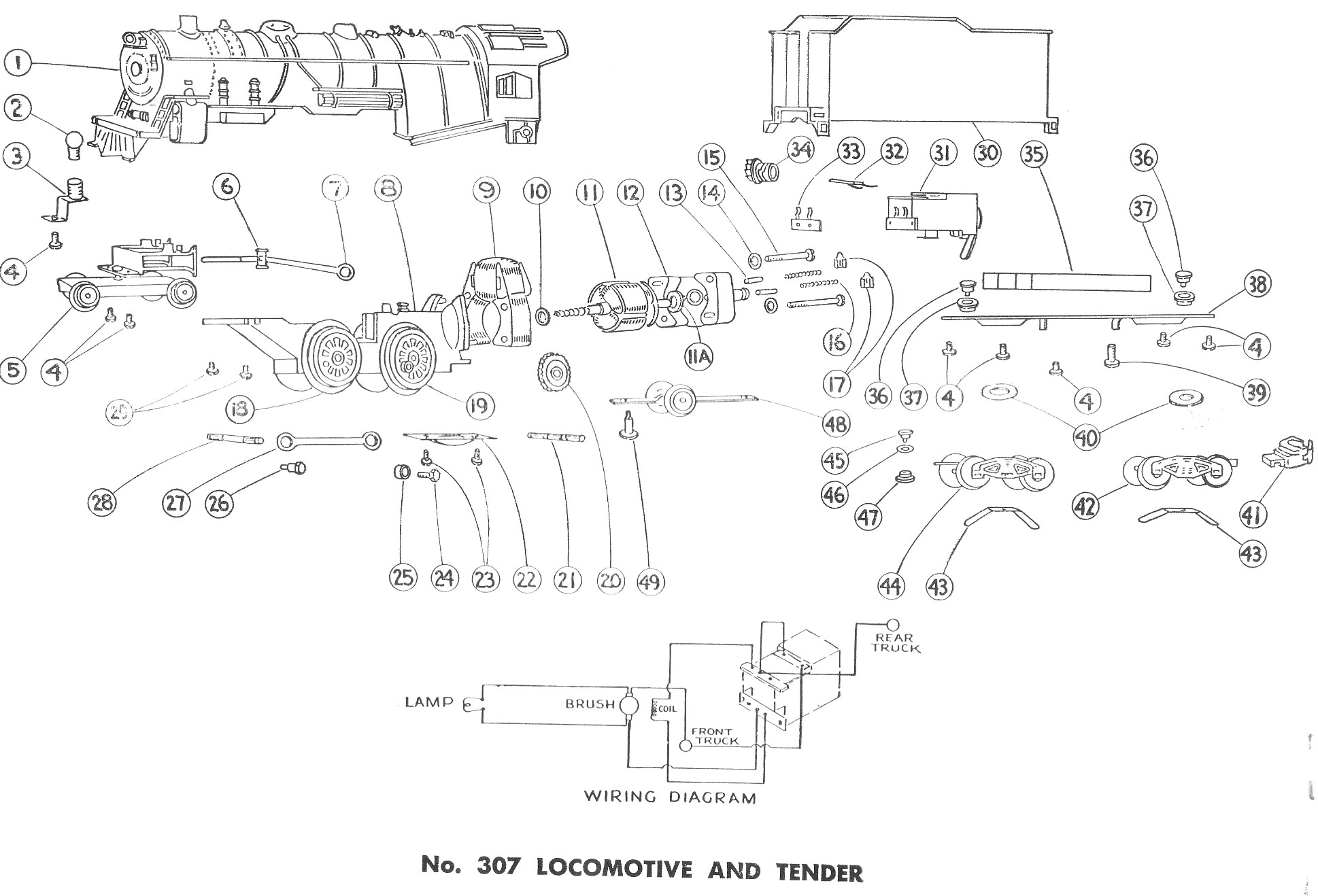 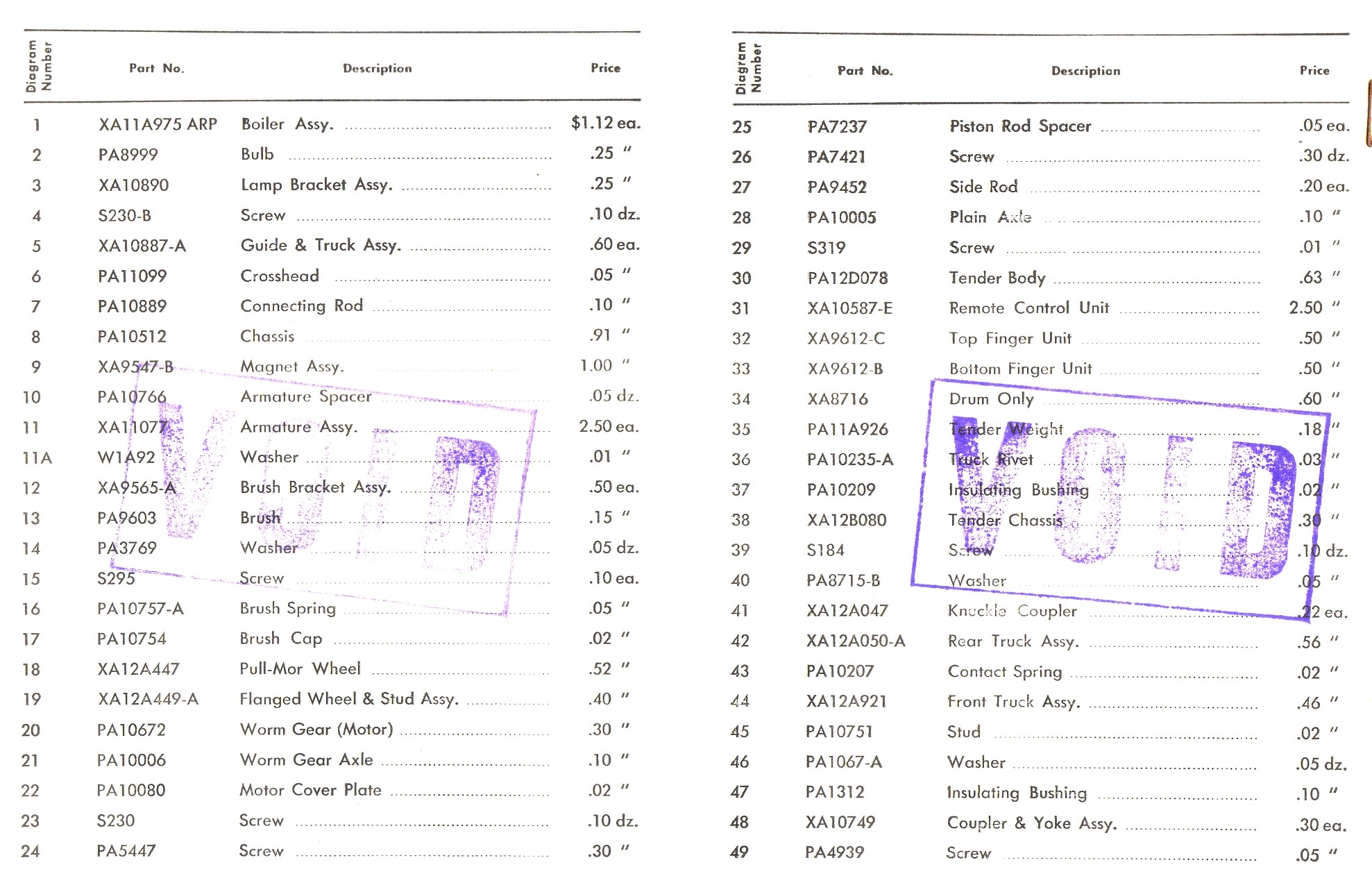 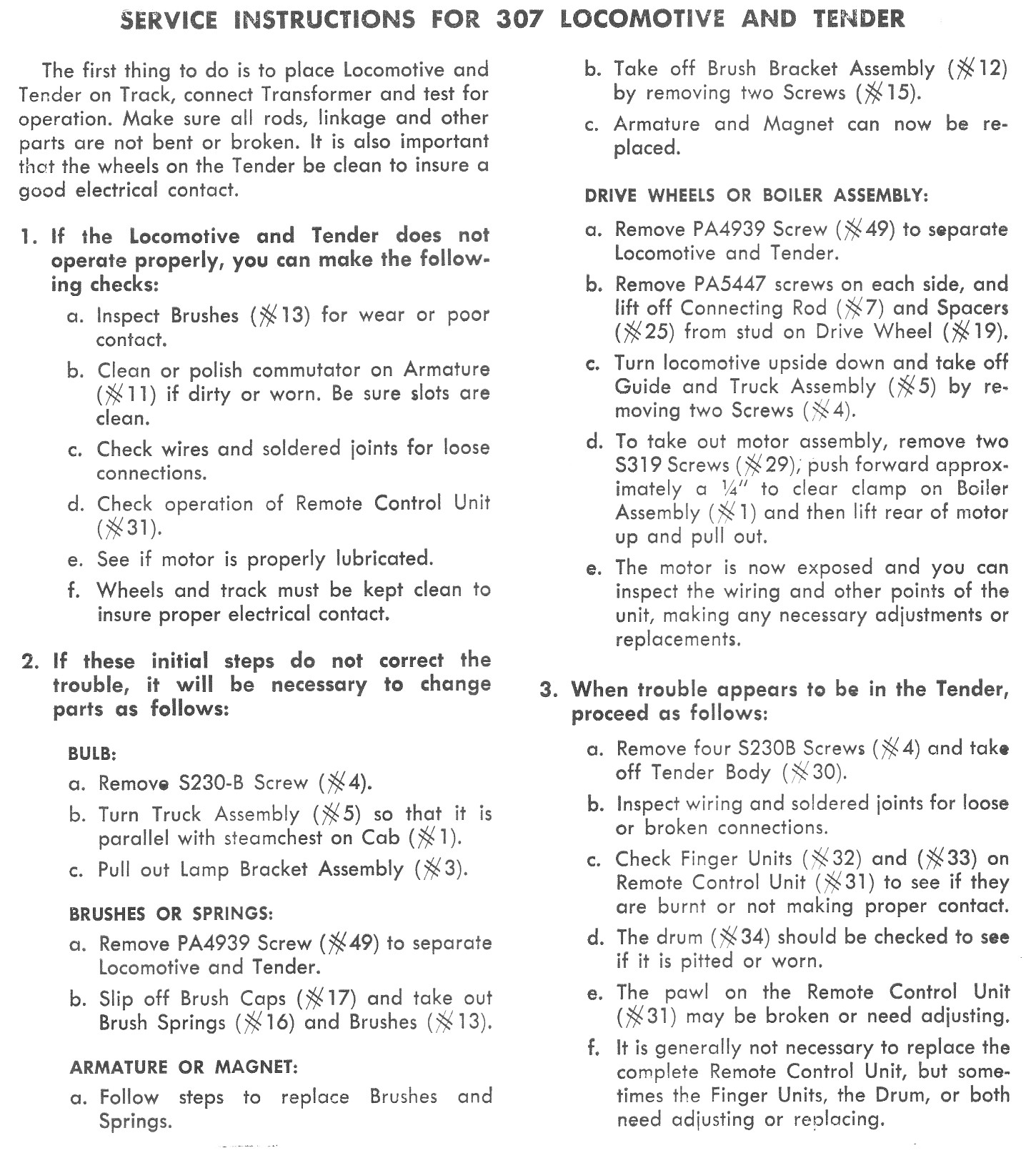 Service Instructions for No. 307 Locomotive & Tender