Many enthusiasts used the American Flyer Pike Planner tool to design their layouts.

Gilbert cataloged and produced about 16 different types of switches. However, there were essentially three types. The early 720 type in Manual, and Remote Control versions; the 720A revision that simplified the manufacture – also in Manual and Remote Control versions; and the Pike Master type with Manual and Remote Control versions as well. Switches were designed to enable trains to switch from a track leading in one direction to a track leading in another. The switch types were critical to building many of the various American Flyer Layouts. They are ideal for creating rail yards or hooking up multiple railroad lines on your layout. Left and right switches indicate the direction that the switches operate. 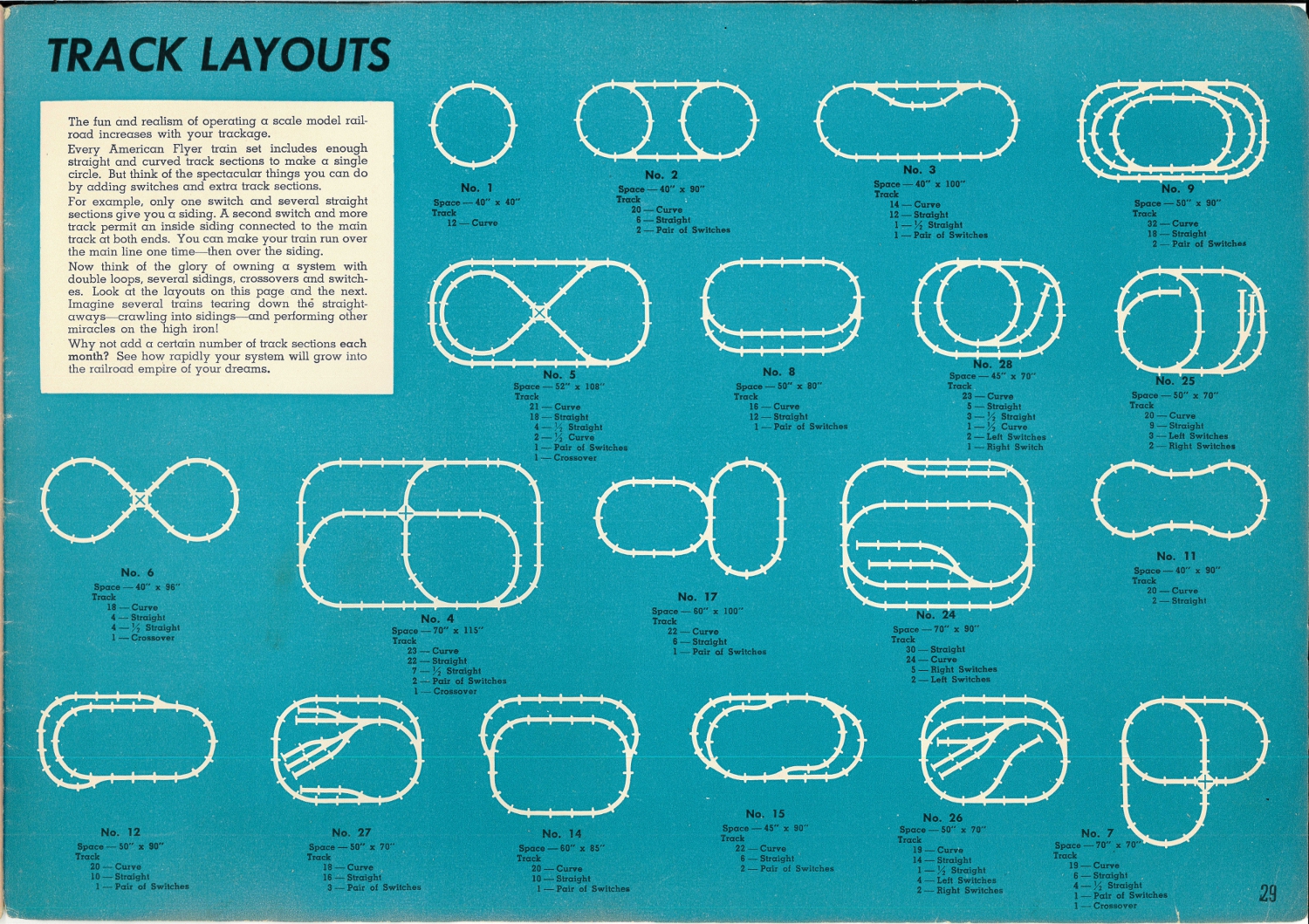 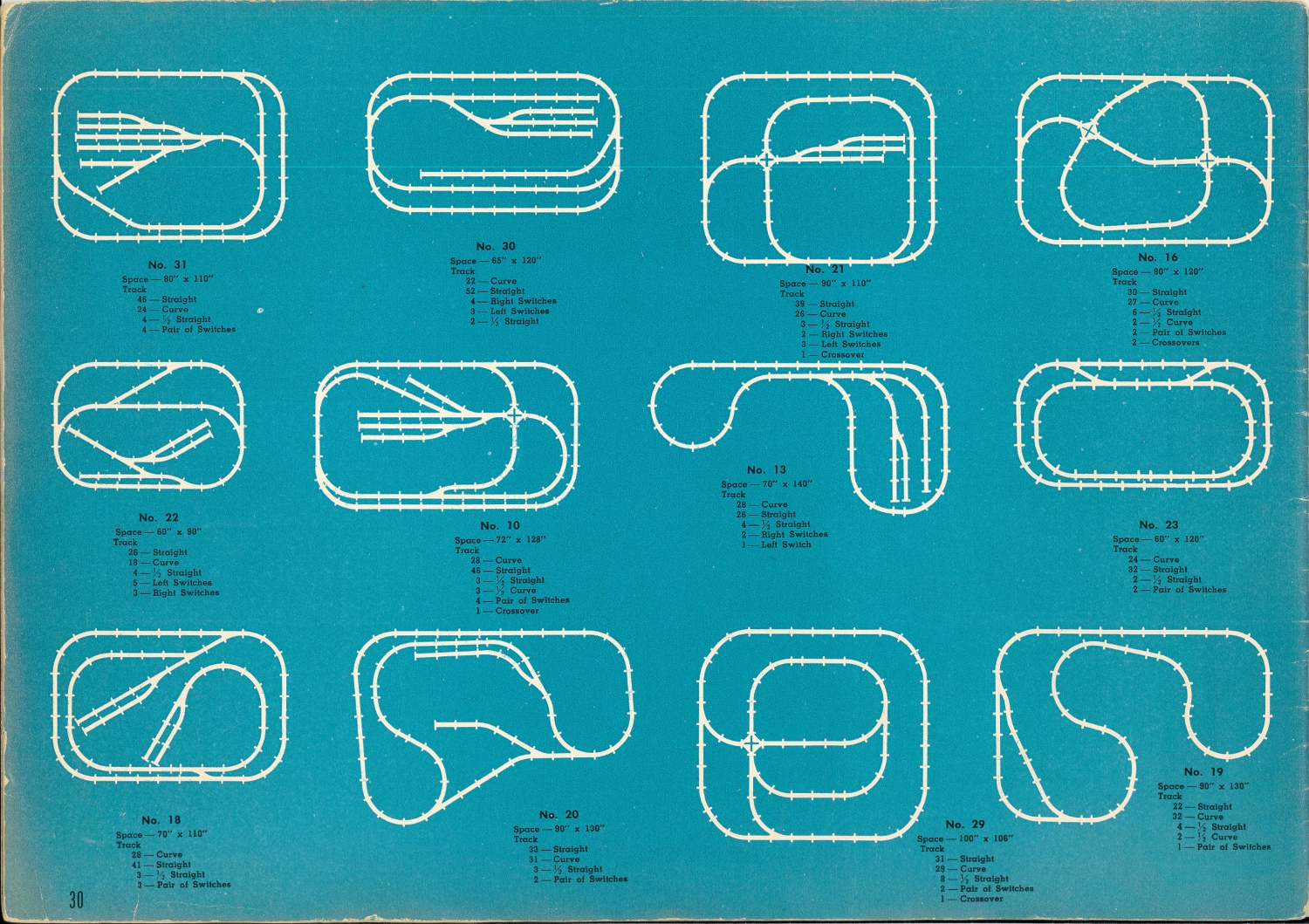 In addition to the action of switching train movement from one track to another, the switches included electrical power routing that would allow powering one track or the other depending upon the position of the switch. This is useful in controlling the movement of trains using the same main line. 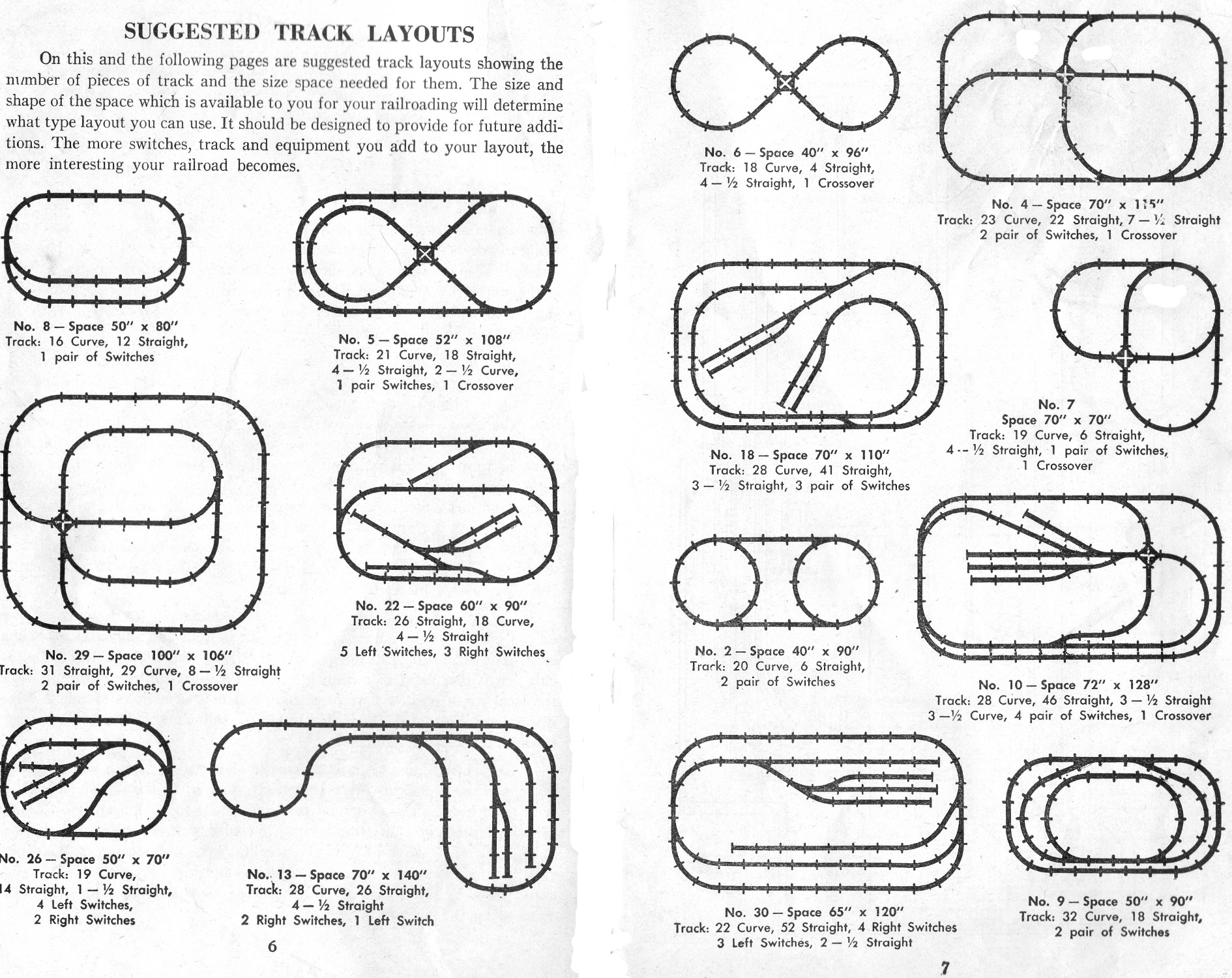 In addition, Gilbert released the following American Flyer Layout instruction sheets known as the American Flyer Reverse Loop Layout. We have include a video link of the reverse loop in action. 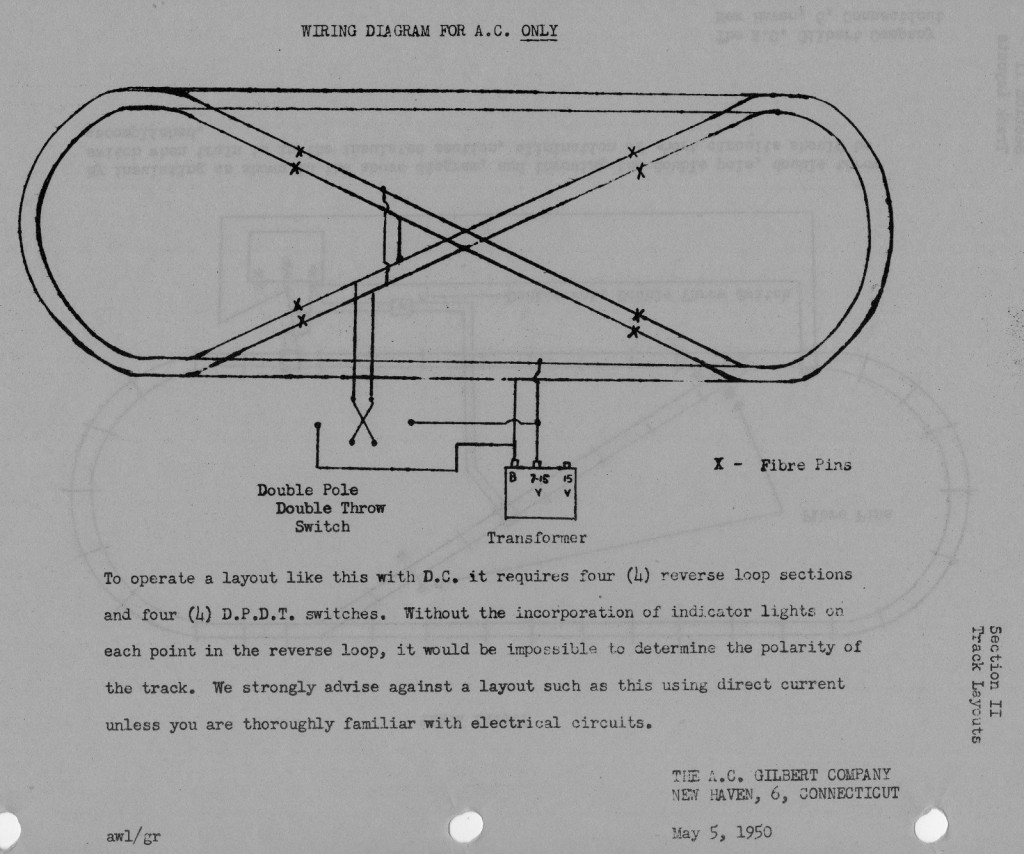 The reverse loop can be made into automatic operation by using a No. 695 Reverse Loop Relay.