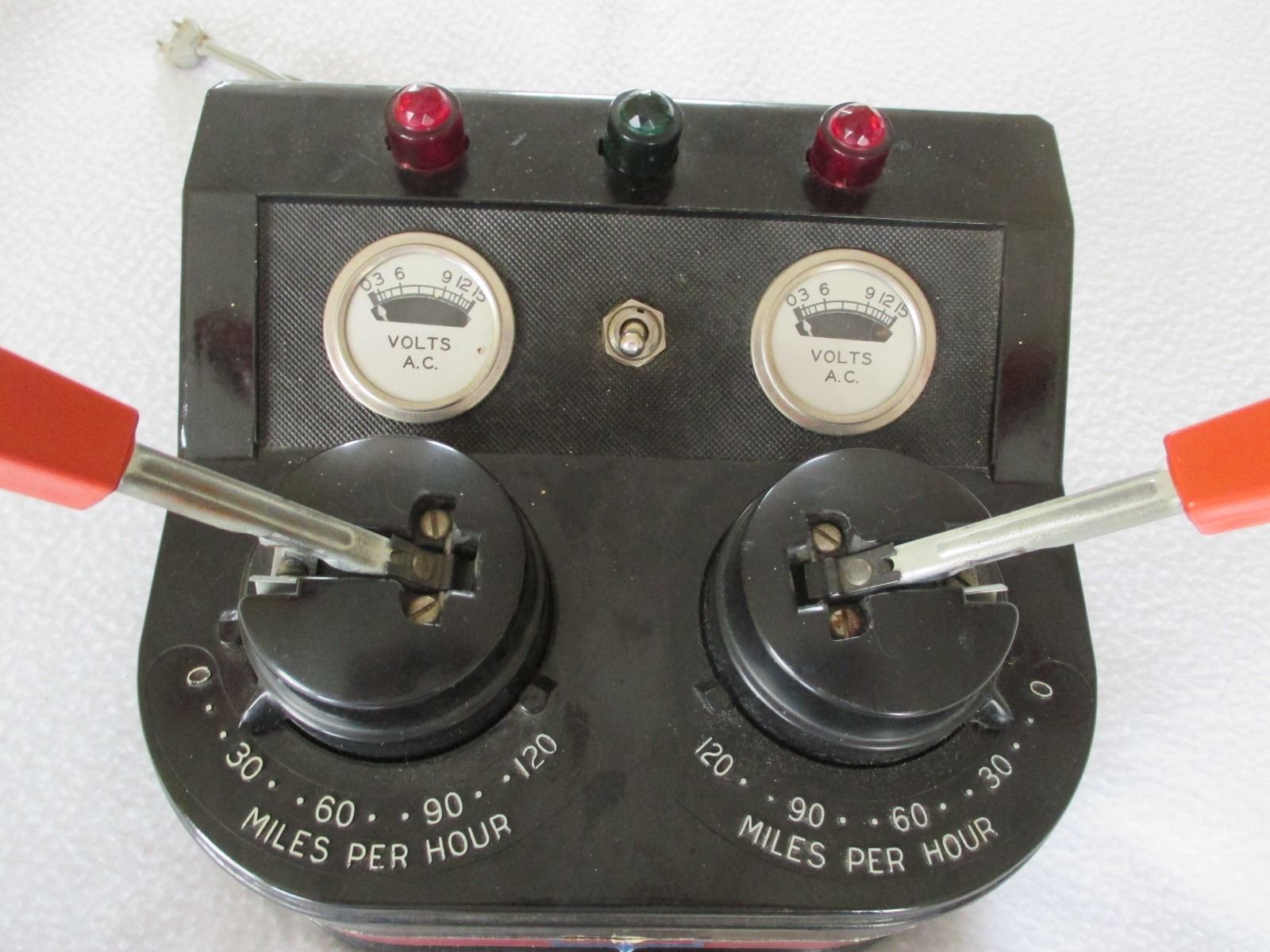 American Flyer Transformers were used to power both the trains as well as the accessories. In general the transformers had different power levels and sizes that enabled for more trains or accessories depending on the engineers collection. In addition, transformers often had multiple handles, as seen below, so that you could run multiple American Flyer locomotives at the same time and control the speed of the train.

The high end models include meters for monitoring the voltage on the tracks along with the current being used by the train. They also include the Gilbert American Flyer “Dead Man” control – a handle that can be raised to stop the train and not needing to swing the handle to lower power setting. This feature can also be used to conveniently activate the locomotive reverse mechanism. The largest cases are used in the dual train control transformers No. 18B, No. 30B, No. 22060 and No. 22080. These large transformers can power two trains and many accessories. Again they are equipped with a variety of meters, lights and switches. The last case design is a revision of the plastic cases. The single train control version is the No. 22035 and the dual control version is the No. 22090. These are equipped with some features not previously available on Gilbert American Flyer transformers including a minimum voltage to hold in the reverse unit, push button for reverse unit activation (not in a transformer since the 1940’s). 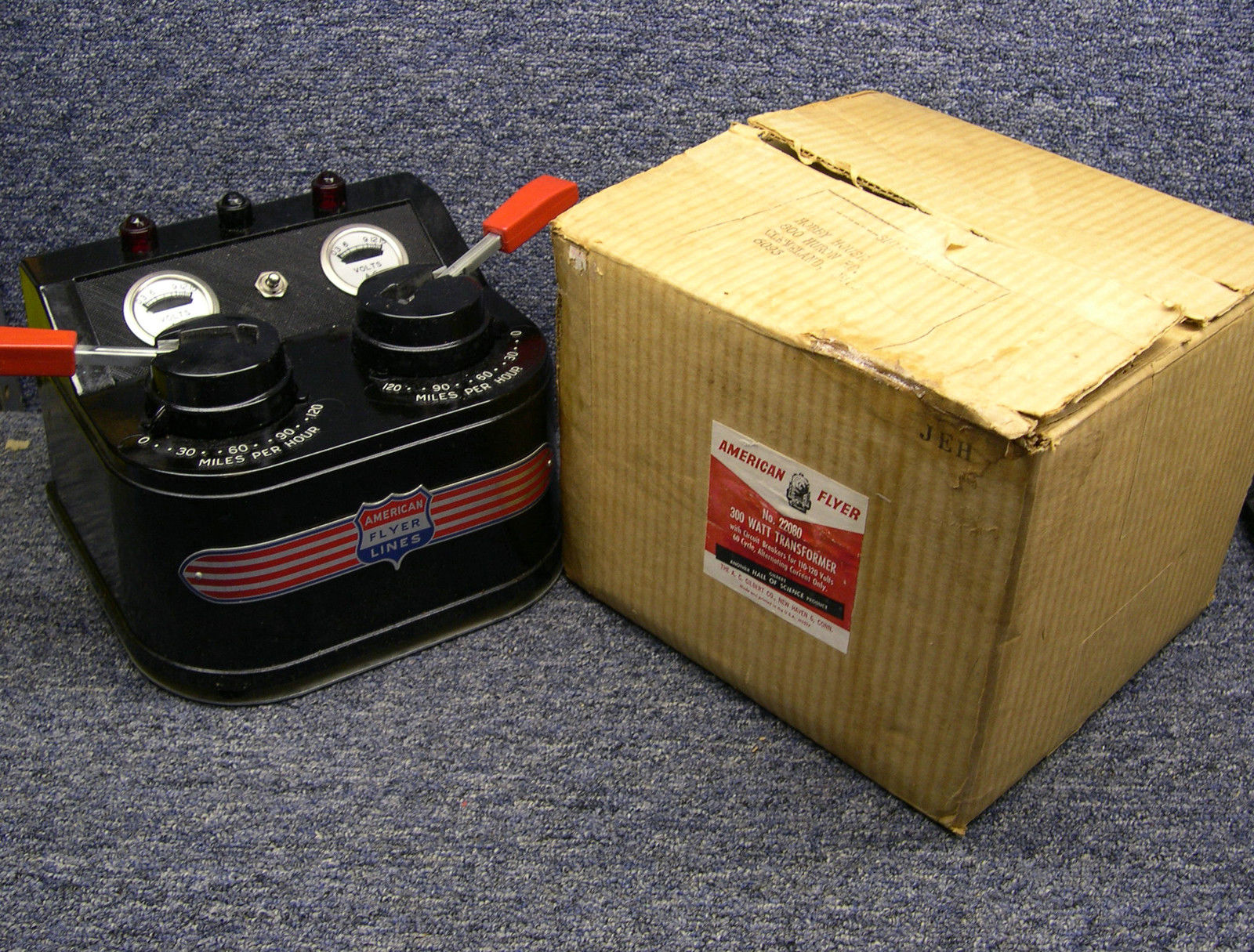 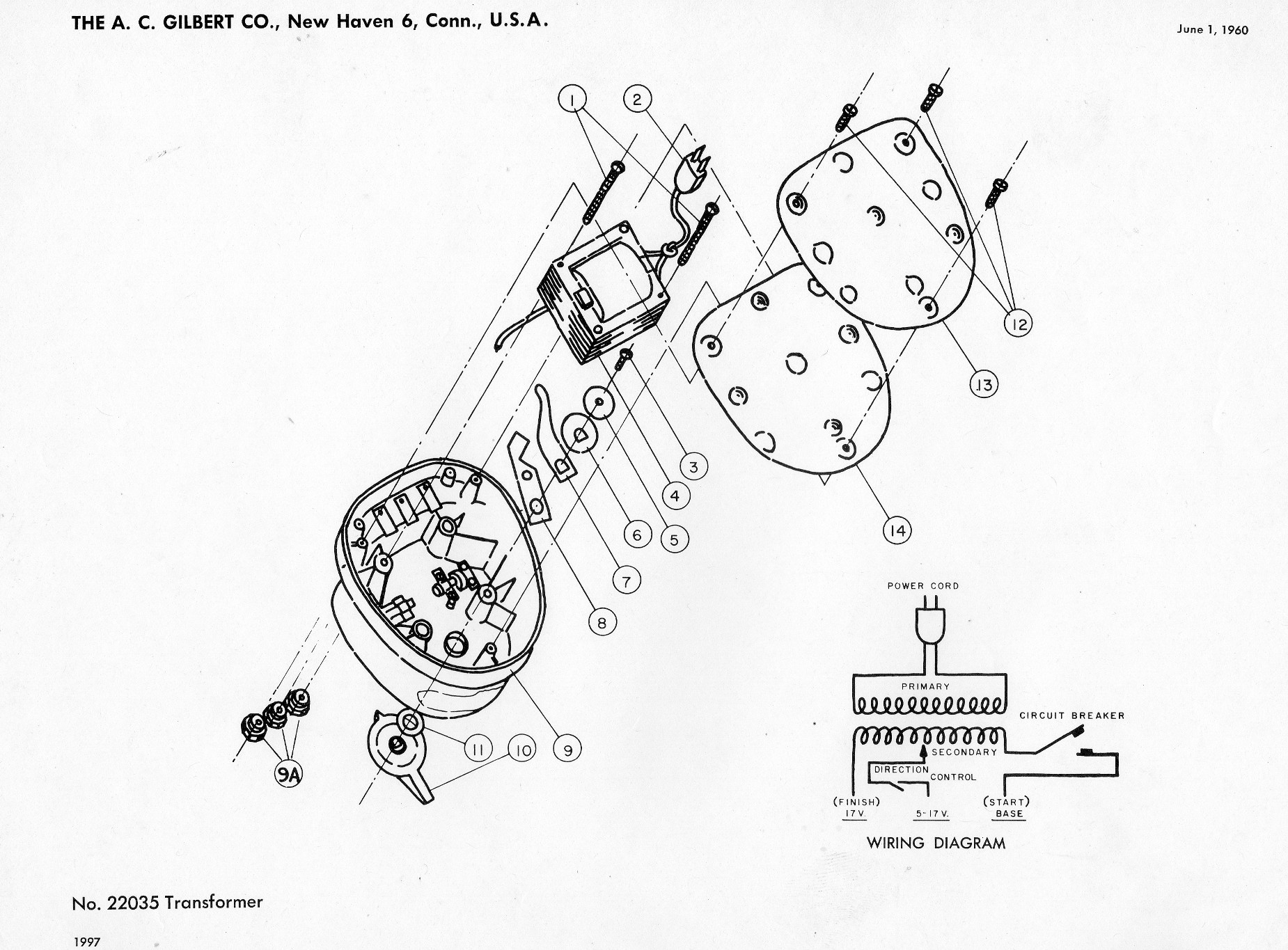 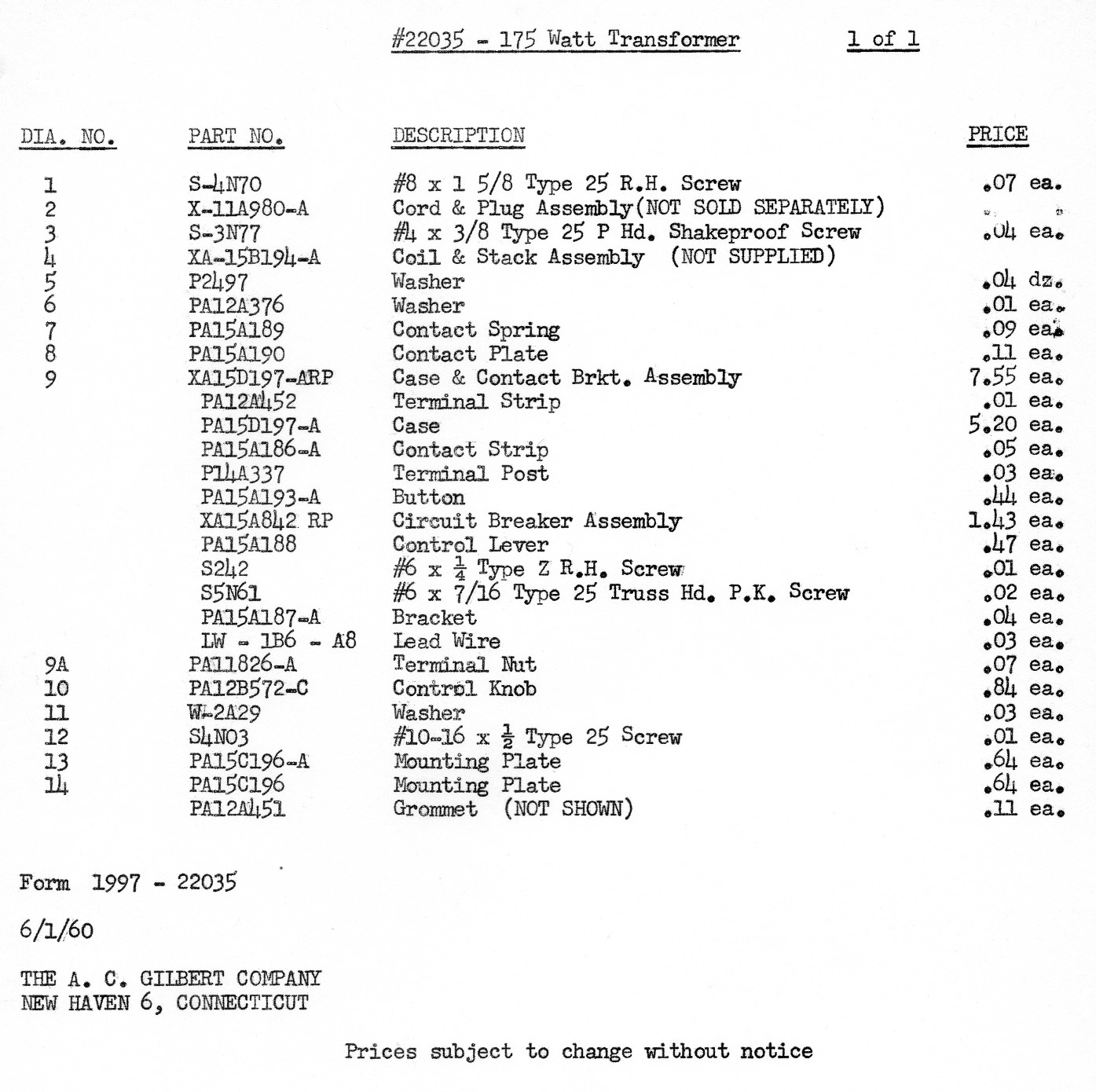