Flyer in 1938, Gilbert was primarily focused on train scale modeling vs. the toy train market. After the toy manufacturing gap due to WW II, Gilbert moved from O gauge 3 rail to S gauge 2 rail. This put the gauge more correctly in line with the modeling scale. Essentially the scale differences came down to more accurate modeling vs. the long history of O gauge toy trains.

There has been a great deal of speculation about the Gilbert decision to move from O gauge three rail to S gauge 2 rail. It has been noted that Gilbert was a great marketing talent and rarely made moves that didn’t support some form of marketing. Evaluating the move toward scale models and S gauge from the O gauge American Flyer history with the marketing eye, several ideas as to why Gilbert made the change come to mind. The train business target market was the hobbyist. Before Gilbert acquired American Flyer he already had plans to introduce HO gauge scale models called Tru-Model. These smaller scale models were not aimed at the toy train market, but at the adult scale model hobbyist. This market direction is likely to have carried over into the development of the pre war 1:64 scale O gauge trains. During the war, there was time to do some thinking about the market. There was a large amount of existing O gauge equipment in existence, Lionel and Marx and several smaller competitors supplied the market. The marketing push toward scale modeling produced very large O gauge models requiring a large space to operate. The market opening for S gauge and the smaller operating space requirement for scale models and the lack of existing S gauge models (no competition from the pre war supply of O gauge used trains) looked attractive.

Technical advances during the war in plastics looked to be another possibility for the Gilbert Company. The models produced from the die casting tooling left from before the war were lighter, could be molded in the color of the finished product and therefore cost less to manufacture.

Considerable marketing effort was devoted by Gilbert to emphasize the scale models along with operation on two rail, “T” shaped track.

American Flyer Trains used a much more realistic two-rail track system vs. the Lionel 3 rail system. The primary difference here comes down to electrical circuits. In a two rail system if you put a reverse loop in the layout (this is where the train can make a circle american flyer vs lionel trackand essentially go the opposite direction it entered in) causes a short circuit. In a 3 rail system, all of the power runs down the middle track effectively avoiding these short circuits. The three rail O gauge system was a descendant from the wind up O gauge two rail track. When electric power was added, there was a large amount of the wind up locomotives and rolling stock in the hands of the public. By adding the electrified center rail, the existing trains could be used along with the newer electric models. 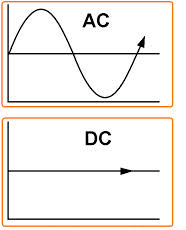 The third major difference involves the power type. In most two rail american flyer vs lionel powersystems the trains run off of DC power instead of AC power. The differences in the power types can be seen in the transformers and effect many of the accessories as well. Gilbert at times produced both types of transformers and even produced a converter known as a Rectiformer which could be used as an add on to a conventional transformer to produce DC power for the trains.

Ultimately both companies failed in the mid-60’s and General Mills owned the products for many years until a group bought the assets and created a new Lionel company. Today the modern Lionel company produces both Lionel and American Flyer model trains with the same distinguishing features.