This is the service bulletin furnished by the A. C. Gilbert Co. to authorized service stations to aid them in the service and repair of the American Flyer Locomotive 350 Pacific Royal Blue Manual.

The first American Flyer Set produced also came with track, an uncoupler, and a transformer. The “T” in the set number indicated that a transformer was included. The set was cataloged in 1948 and 1949 and several un-cataloged versions also exist. 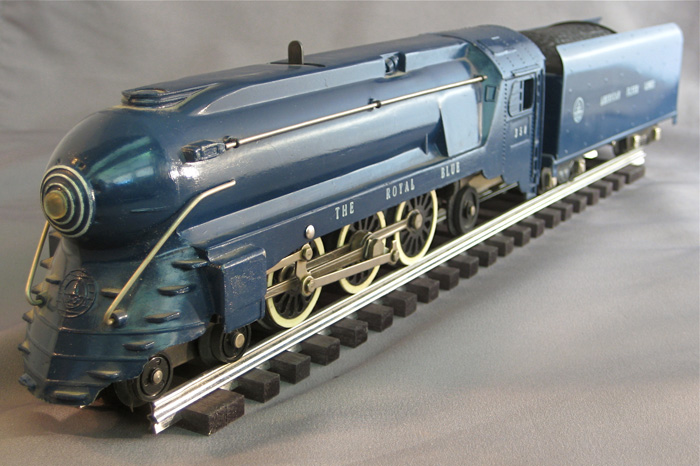