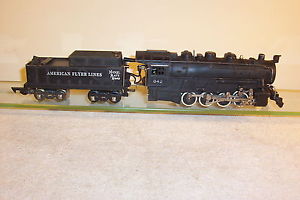 The American Flyer Locomotive 342 Nickel Plate Road 0-8-0 switcher was introduced in the 1946 catalog. This is the post war version of the Gilbert O gauge No. 574. In 1946 the tender was lettered “Nickel Plate Road”. Cataloged again in 1947, the tender lettering...

The first American Flyer Set produced also came with track, an uncoupler, and a transformer. The “T” in the set number indicated that a transformer was included. The set was cataloged in 1948 and 1949 and several un-cataloged versions also exist. 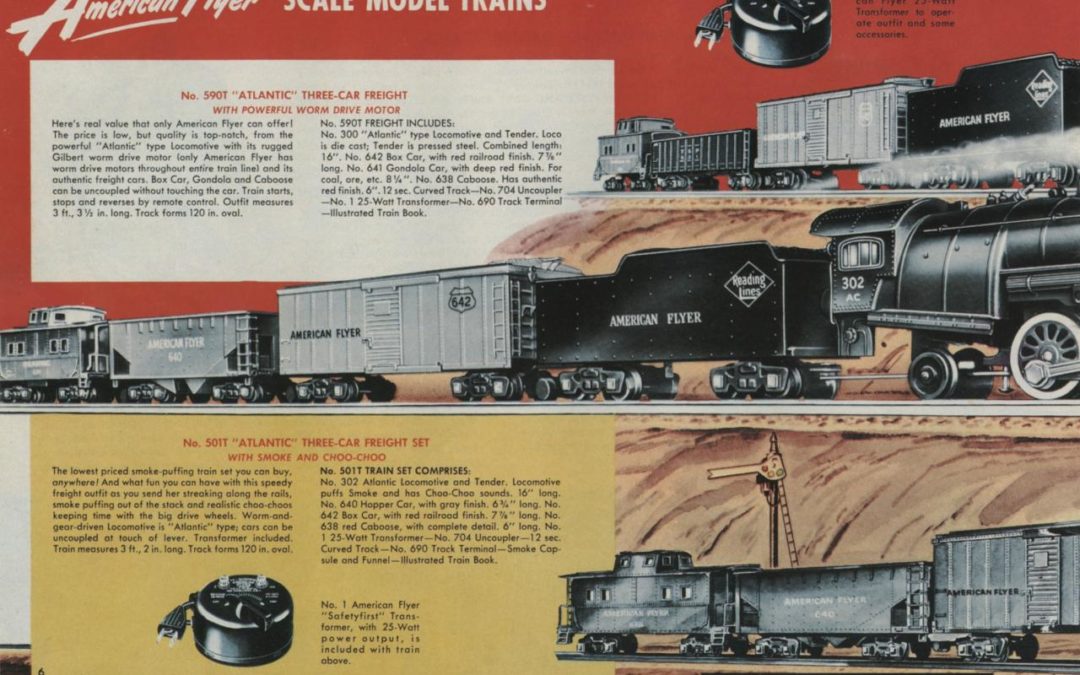 The American Flyer 590T Train Set was also referred to as the Atlantic Three Car Freight train set. The Atlantic refers to the type of Locomotive. 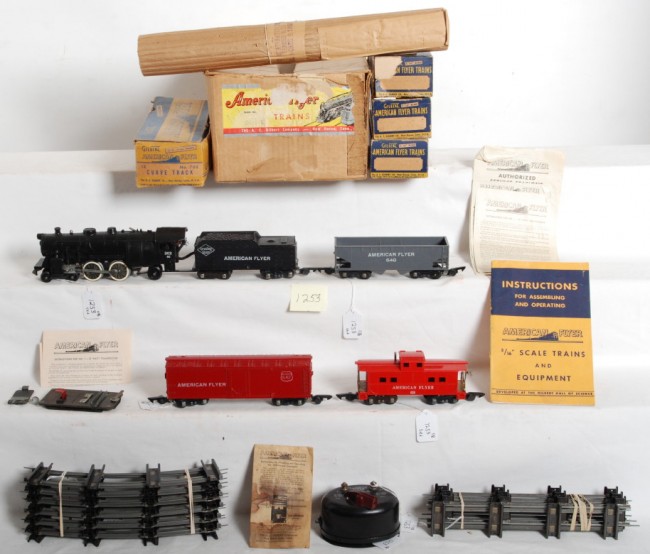 The Gilbert American Flyer Train Set 501T Atlantic was the cheapest train set with smoking unit and choo choo you could buy in 1951. The set featured an Atlantic type locomotive.

Gilbert American Flyer made the American Flyer Train Set 490T for the first time in 1949. It was in the 1949 catalog and then issued again in 1950. The set represented a 3 car Atlantic freight train with a transformer and track that could make a small loop.